storming the sf pride board meeting from mary nightly on Vimeo.

Trans revolutionary and veteran of the Stonewall riots

2019 marks 50 years since Stonewall, a series of riots that kicked off at the Stonewall Inn in New York’s Greenwich Village in opposition to repeat police raids, harassment and overall criminalization of poor and marginalized queer people who patronized the bar, one of the few establishments where they were welcome[. Stonewall is widely considered an inaugural moment for the broader gay/trans liberation movement, its militancy deemed commensurate with the indignities that sparked it. The riots are commemorated (purportedly) at annual gatherings across the country called “Pride,” which today largely operate as commodified and de-politicized festivals.

For the anti-authoritarian trans/queer critiques of the status quo, demanding that law enforcement and prison industrial complex codependency, should be a given. Especially, in a climate where such nationally securitized crisis rhetoric of more cops equals more freedom, means our premature deaths. Gay Shame would never in a billion years suggest that expelling police and corporations from pride celebrations globally will magically salvage an extensively depoliticized form of sociality. Demanding the expulsion of the police from pride might serve as a decent enough direct material application in the direction of the end of confronting intersectional oppression.

San Francisco Pride, now both an event and a 501(c)(3), the largest source of tourism revenue for the city of San Francisco, the largest public event in the state of California, the largest pride celebration in the world. The defeatist argument pragmatists hastily throw out in defense of the continued presence of law enforcement and corporations is that the sheer size of the public gathering demands police. However this logic and the presence of police belies the very storied object of pride’s commemoration, and is a willful disavowal of what that night in 1969 obviously signified. Stonewall is evidence that through militant collective action we can defend ourselves. While not the birthplace of Stonewall, SF Pride takes place a stone’s throw away from The Tenderloin, where the Compton’s Cafeteria riot took place just years prior to Stonewall. Much like Stonewall, Compton’s riots broke out in response to rampant police harassment of trans women and sex workers in the Tenderloin.  The police presence in pride has violently appropriated this legacy in order to position law enforcement as the protectors of the very revelers to whom they (historically have and currently do) direct much of their harassment and violence.

Inclusion and acceptance of paramilitary haters and bigots is not a proud badge that queer communities need to covet or don, nor do cops warrant an extra stripe to include on the rainbow flag (in any case, the blue stripe, historically, has meant “harmony” — exactly the opposite of what police offer and enact).[

50 years later, not only are police still engaged in (escalating) daily harassment and violence toward the Tenderloin’s most vulnerable residents, but they are now welcomed and permitted to partake in Pride — an event whose very legacy hearkens back to these anti-police violence movements. Communities have not been silent in opposing the police presence, as well as the corporate and assimilationist dominance of Pride, with many campaigns, local, and even national through the years.

But this moment has created a new opportunity. Hitting the 2010s, due to the highly-commodified yet still essentially anti-colonial and conspiratorial collaborative labor of Opal Tometti, Patreese Cullors and Alicia Garza——rooted deep in the work of Marsha P. Johnson, Angela Davis, Miss Major and many more——there has been something like a tipping point or groundswell of white mainstream recognition and concern for what happens to our bodies. Absent from this configuration of privileged patronage has been a comparably lacking intersection of how queerness and transness further jeopardizes black bodies: despite efforts to address this discrepancy, it fails to land on the mainstream the extent to which these intersections augments increased prison industrial endangerment. The police themselves are aware of this, and strategically will abdicate playing the splinter when it suits their purposes: following mass protests and outrage in the wake of Philando Castile’s murder, the police chief of Minneapolis (anticipating more backlash) suggested police not march in Pride. We do not need diverse oppressors, we need no oppressors.

There have been many active organizing efforts over the years to combat Pride’s blue-washing across the globe. Pride organizers in Auckland, NZ recently decided that uniformed officers would not be welcome at their upcoming Pride event, as their presence made march participants feel unsafe. Several cities in Canada have asked police to withdraw or banned uniformed officers from marching: Vancouver and Halifax. Toronto temporarily held out a 2-year ban — hopefully they will re-instate it. The police chief in Minneapolis (in a self-serving, sanitizing move of course) asked police to refrain from partaking in Pride in the wake of all the public outrage and tension following Philando Castile’s murder and in response to organizers asking them to be banned the prior year.

And we can too!

So long as PRIDE™ continues to enable and welcome the presence of the police, we ask that people participate in a complete boycott (physical, financial, cultural, existential) because we refuse to be paraded by cops. A boycott of PRIDE™, for participating individuals and organizations, means:

· Don’t attend the parade itself, or SF PRIDE™events throughout the month (unless its to directly confront the horror)

· Don’t organize or participate in a parade contingent

· Don’t marshal (already a militaristic term in itself) the parade or accept any titles, honors or accolades

· Don’t spend money on or at any SF PRIDE™ events, vendors, sponsors, etc.

· Don’t AirBnB with Pride, it leads to the eviction of trans/queer people

List of cities we’ve found so far that currently don’t allow cops (or at least no cops in uniform):

Alternative prides that are anti cop and/or anti corporate:

Other orgs specifically against corporatization and cops:

No Justice No Pride DC

NIGHT OF THE LIVING NEXTDOOR!! 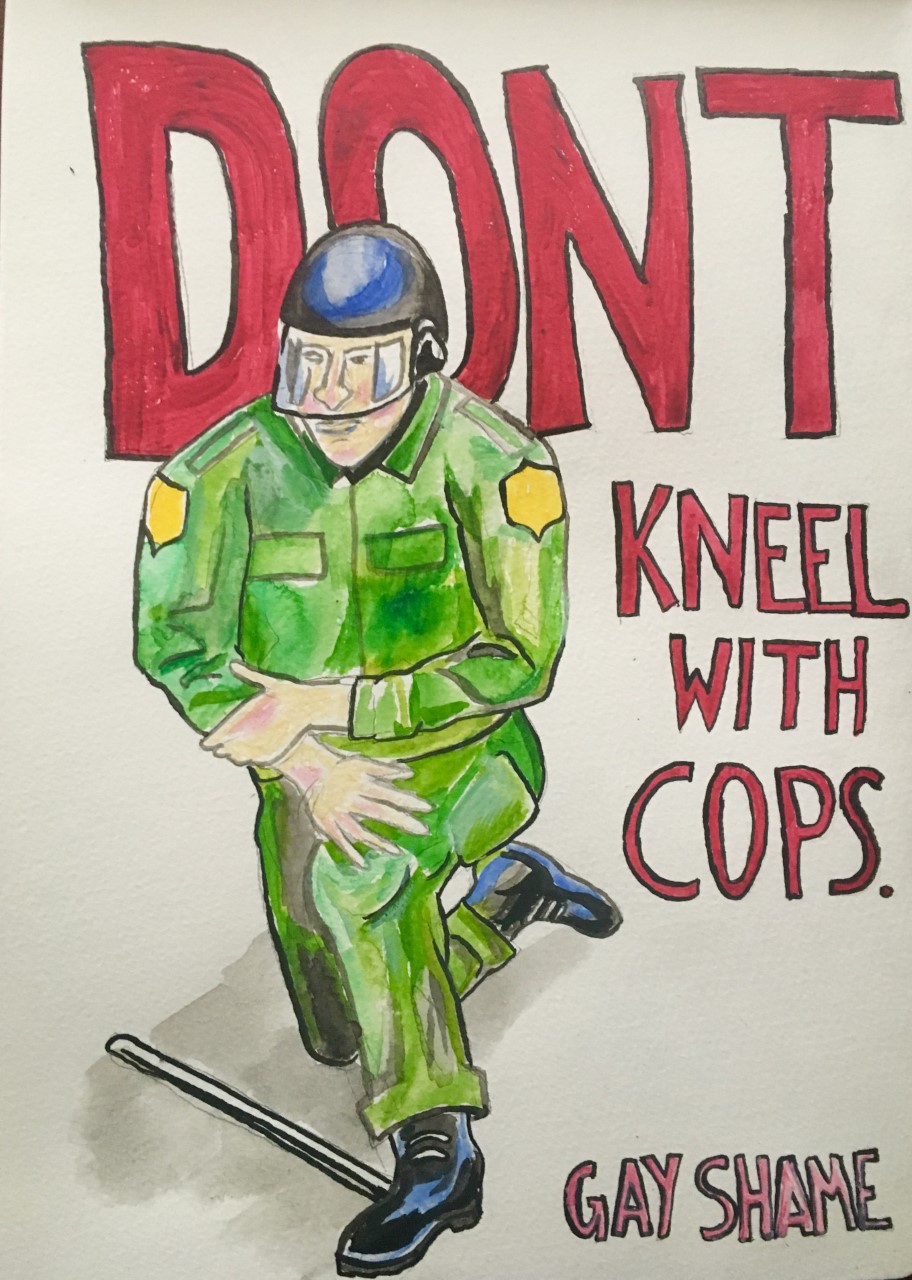 DON'T HAND THE MIC TO COPS. 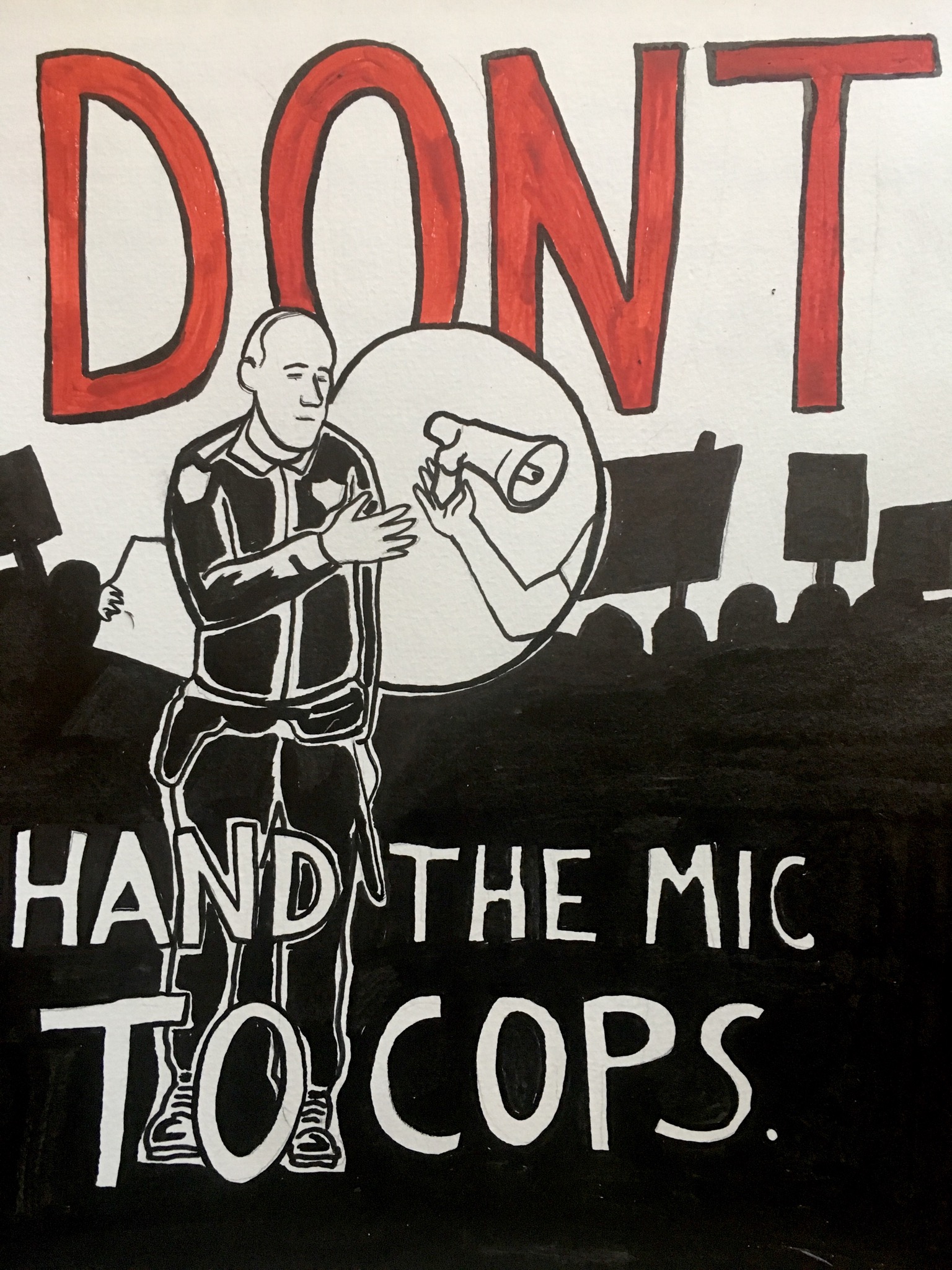 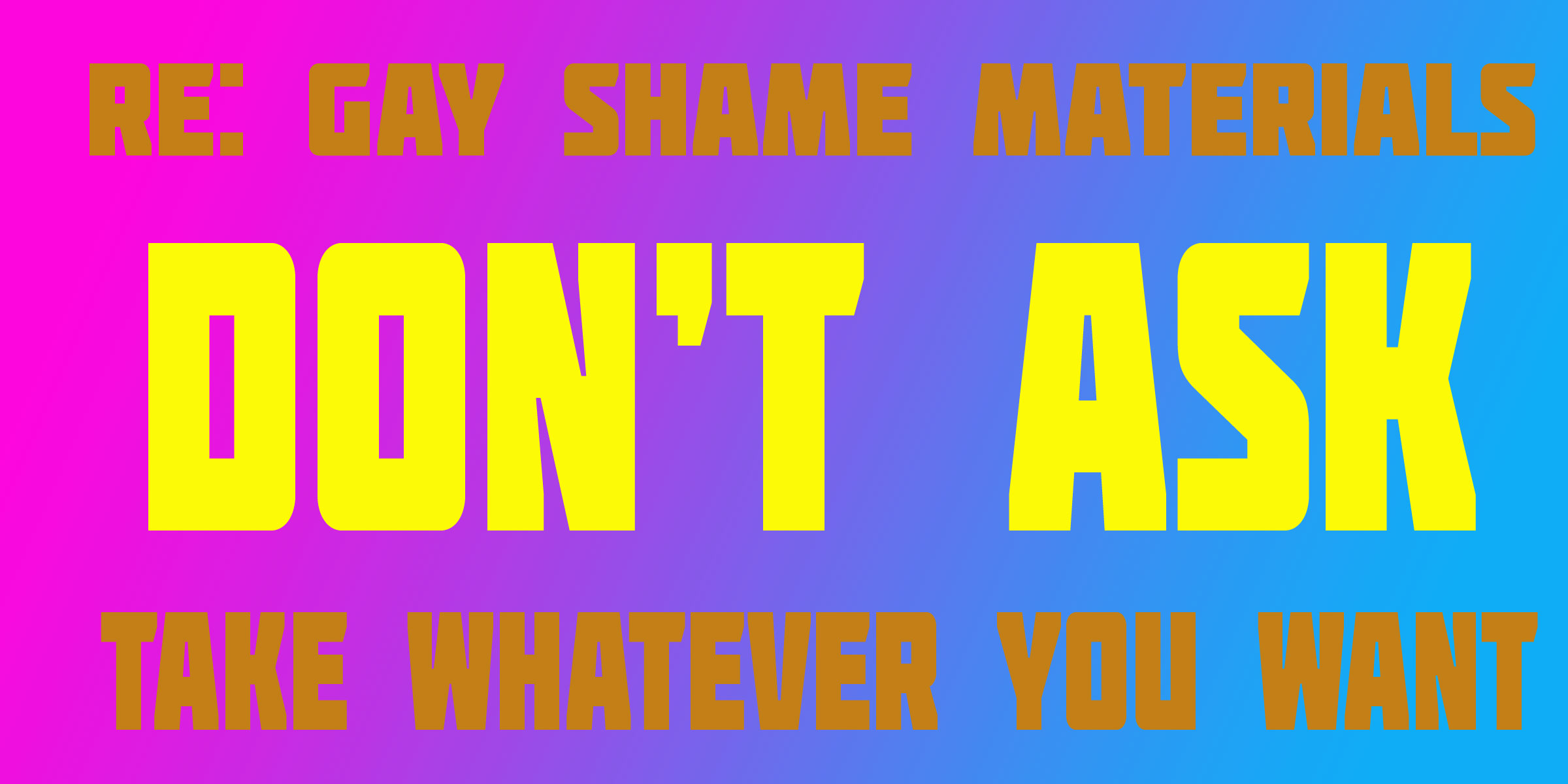 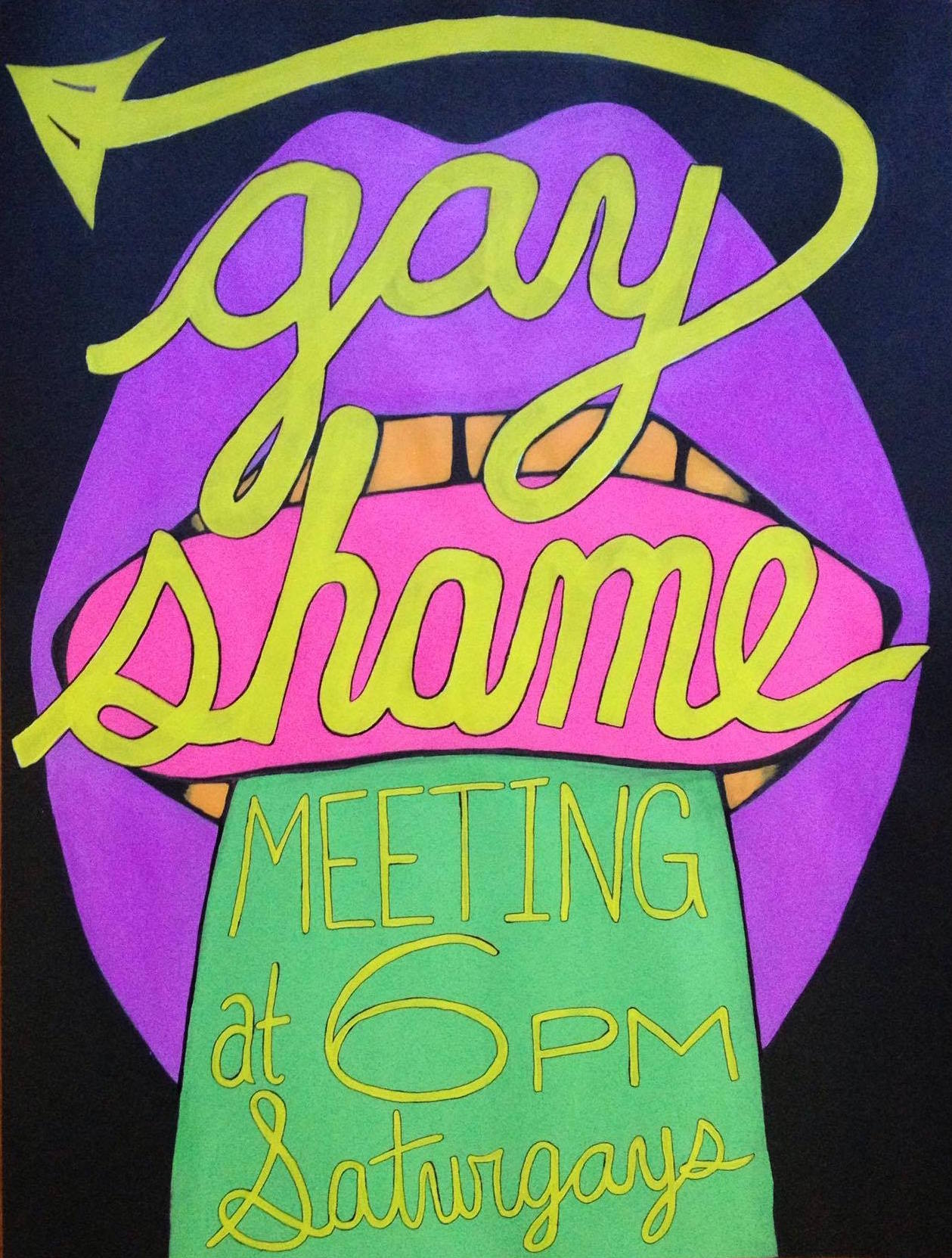 ALL ARE WELCOME! (except cops, YIMBYs and their sympathizers...)